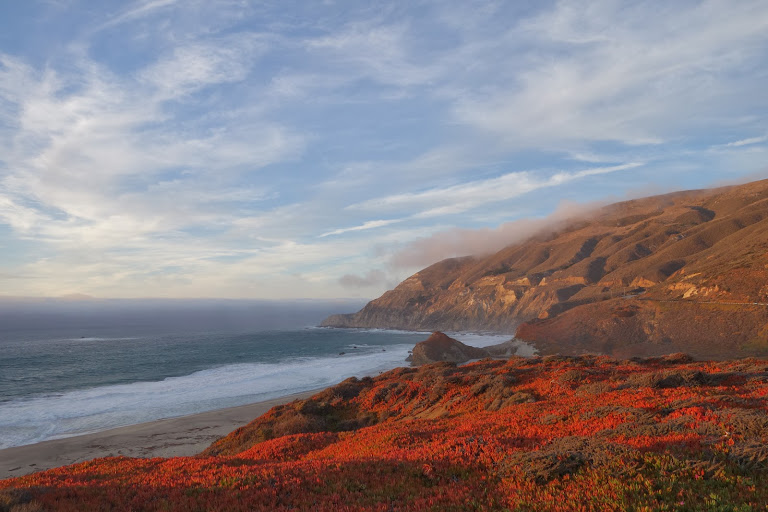 I've been travelling up the Pacific coast, driving along Highway 1 from Los Angeles to San Francisco. I've actually done this trip before on a family holiday 12 years ago, albeit going in the opposite direction, which has resulted in a feeling of deja vu in many places. I stopped at McWay Falls, and as I was walking along the path I suddenly got the feeling that just up ahead was a fenced off overlook where we had previously seen a bluejay, and looking down I realised that this was the cliff that I had thrown a particularly good stick that I found in Big Sur National Park down. 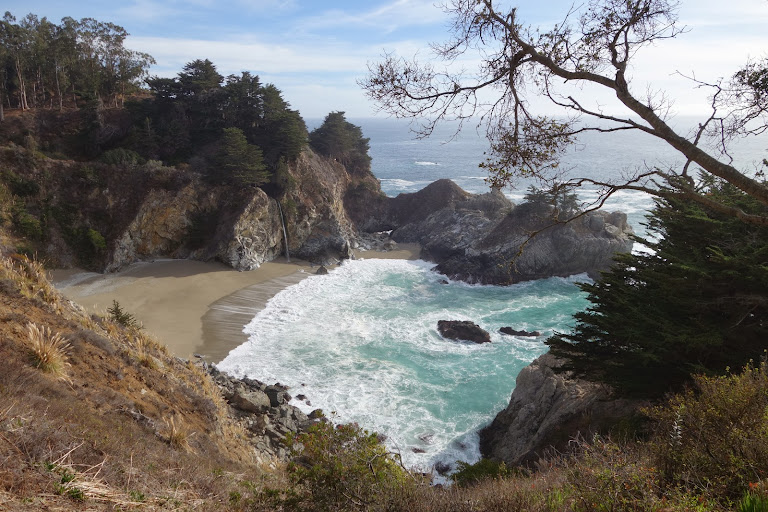 Of course, back when I was 15, I didn't really appreciate a lot of things properly. I can remember stopping at a beach where elephant seals come en masse, and my dad getting annoyed because my sister and I didn't find this concept interesting enough to put our books down and get out of the car. Well, I got out of the car this time, and it was pretty interesting. I would point out, however, that despite what my father may have said at that time, it turns out I wasn't missing a once in a lifetime opportunity. 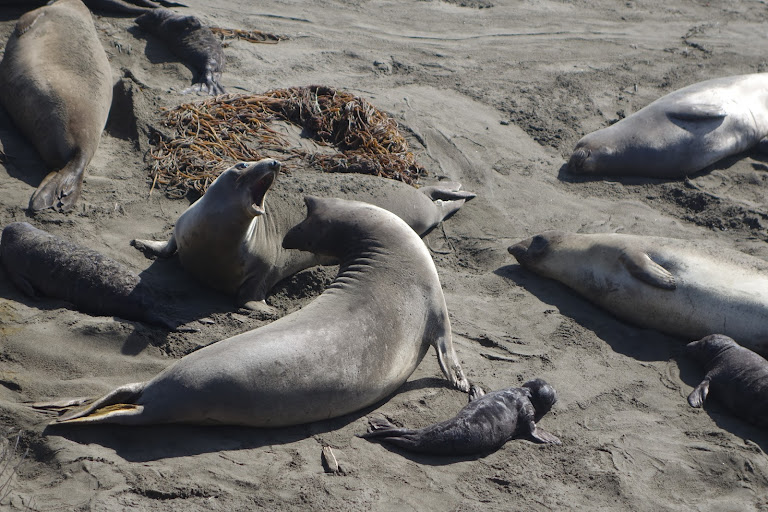 On my way up the coast I overnighted at San Luis Obispo, which I picked because of its halfway location but which was actually quite a nice, cool little university town, and Monterey. I also made the time to do a bit of walking in the redwood forests of Big Sur. I am curious as to whether there were ever any religions based around redwoods - I would find it easy to believe that some people might once have considered these giants to be gods, or at least kin to them. You wouldn't even need to build cathedrals; you have places of worship of unsurpassed grandeur ready-made. 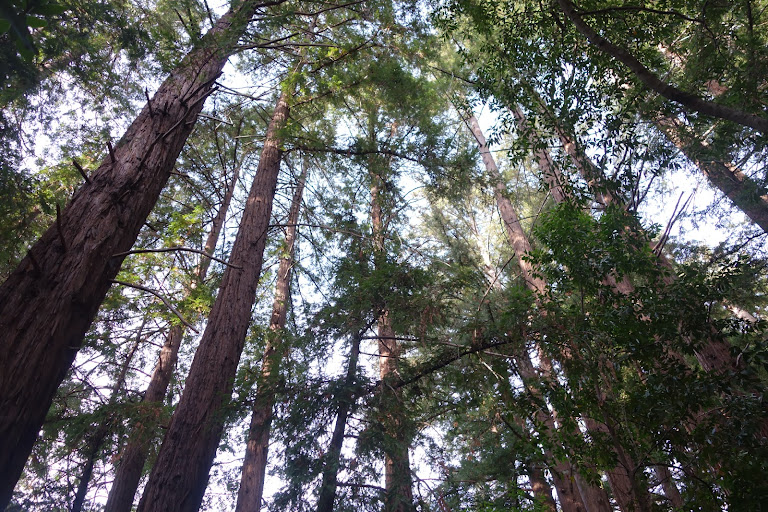 I'm in San Francisco at the moment, which means that I have a couple of days hard driving to do if I'm going to reach Portland by Saturday evening as planned. I need to go off and decide where I'm going to break the journey...