I escaped Ho Chi Minh City to relax on the beach at Mui Ne, which is pretty much a resort town filled with foreigners. So, not really experiencing the real Vietnam or anything, but I needed some time to recharge by this stage of my travels. It was nice enough - went swimming in the sea, sat around in cafes, and took a sunrise tour out to the nearby sand dunes and other local attractions. 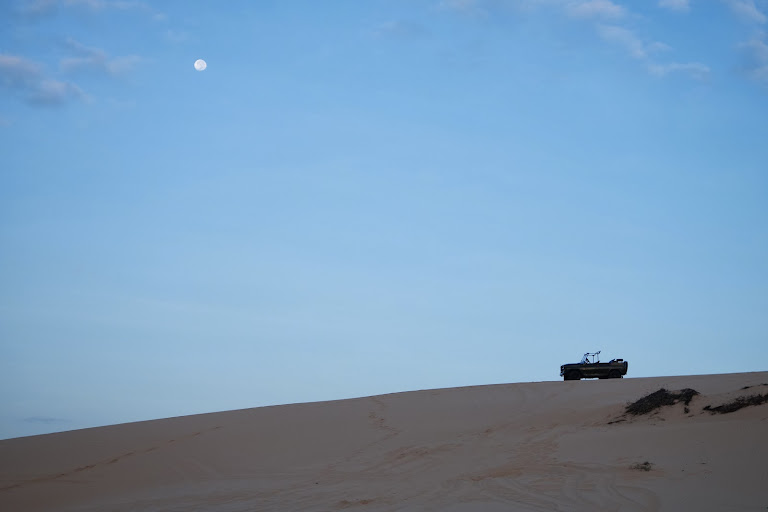 The difference in prices between Japan and Vietnam definitely affects the way that I live. For instance, if I spend the same amount on accommodation then instead of getting a bed in a dorm I get a double room with ensuite, cable TV, and a breakfast buffet. When it comes to paid admission to attractions, where in Japan I might wonder if paying £3-4 for another shrine is really worth it, here I'm being asked to part with 60p, so even if it isn't that great who cares. A case in point is the Dalat Flower Garden, which cost 20,000 dong and was kinda fun, although it felt weirdly desolate for a place filled with flowers. Maybe it was the grey day, the resultant lack of other visitors, or possibly the strains of Vietnamese dance music coming from the flower market at one end of the park, but it all felt a bit soulless. It probably also had something to do with the kitsch topiary and regimented layout, which contrasts poorly with the beautiful gardens I'd been seeing in Japan. The Japanese really know how to do a good garden, particularly if, like me, you're really into moss. 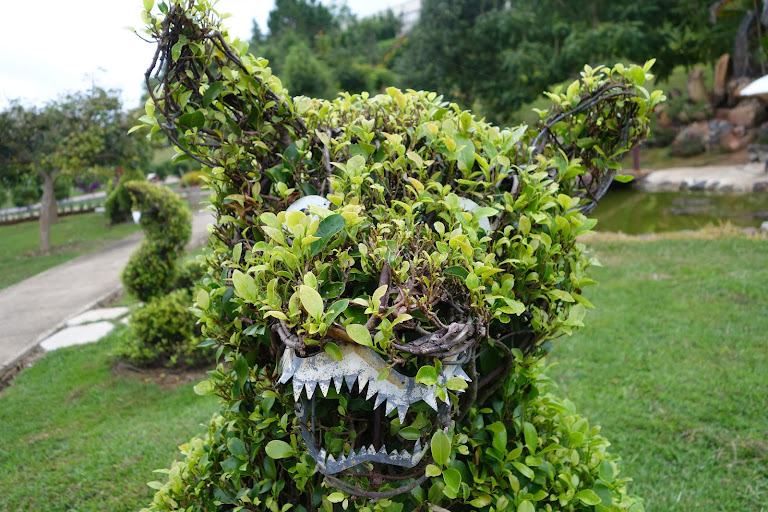 The next day, however, I took a tour out to the countryside around Dalat on the back of a dude's motorbike. These motorbike tours are a big thing in Dalat - traditionally the guides are veterans of the war, and they can tell you a lot about the history of the area and of the people of Vietnam. My guide was a man named Binh, who apparently flew as a co-pilot on a transport in the southern army, dropping American special forces into the jungle, and he was a pretty awesome guide. He showed me round the various farms and factories in the area - flowers, coffee, silk, and mushrooms - as well as taking in a couple of waterfalls and the "Crazy House". He'd been telling me about how he'd been able to build himself a big new house a few years ago, moving out of the wooden dwelling he'd previously been in, and after we finished the tour he took me back there to show me the place. He gave me tea and pineapple, and I asked him more about the aftermath of the war and the changes in Vietnam after the government reforms. I'm heading out with him tomorrow on a three day tour which will end in Nha Trang. Nha Trang is a big beach resort place, and according to Binh it's full of Russians, but I'm not intending to stay there - I'll be jumping straight on the overnight bus to Hoi An. 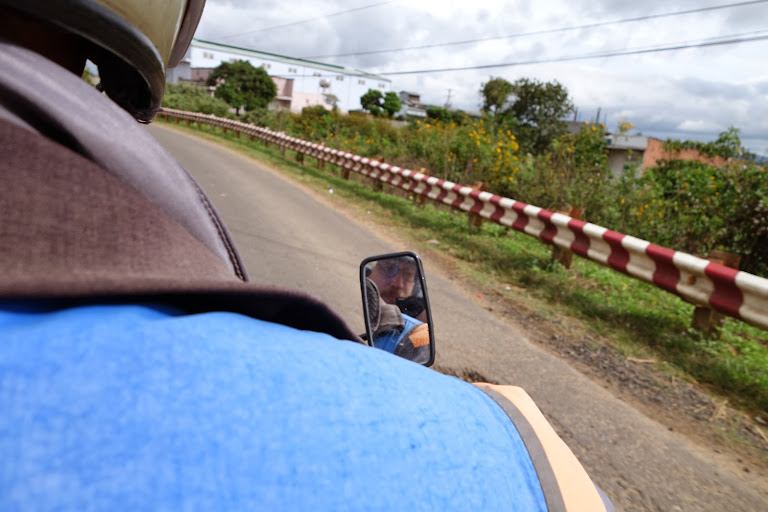