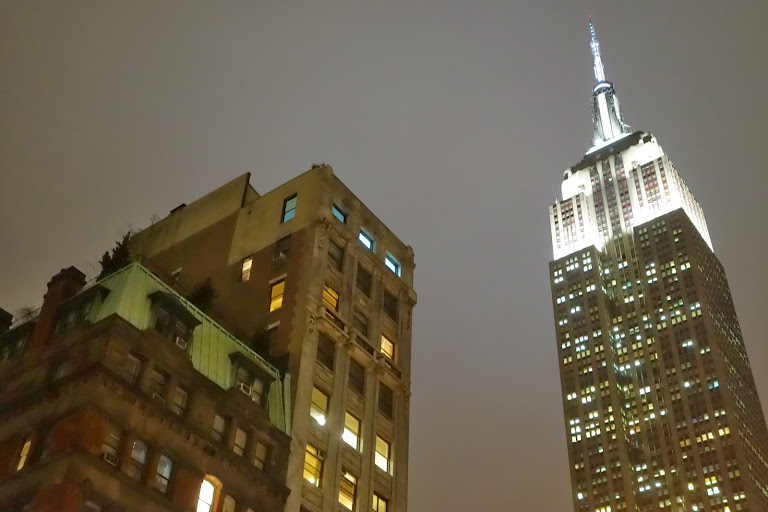 The Metropolitan Museum of Art is really amazing. I would have spent many days there were it not for the fact that my time in New York was limited and there was so much else to see. It's awesome not just because of the art on display, but also the building in which it is housed and the effort that goes into presenting it. Antique furniture and paintings are used as part of reconstructions of room interiors of the period - from the sitting rooms of French palaces to a Syrian reception room, and a beautiful rood in its element in a stone flagged room complete with pillars and stained glass windows. 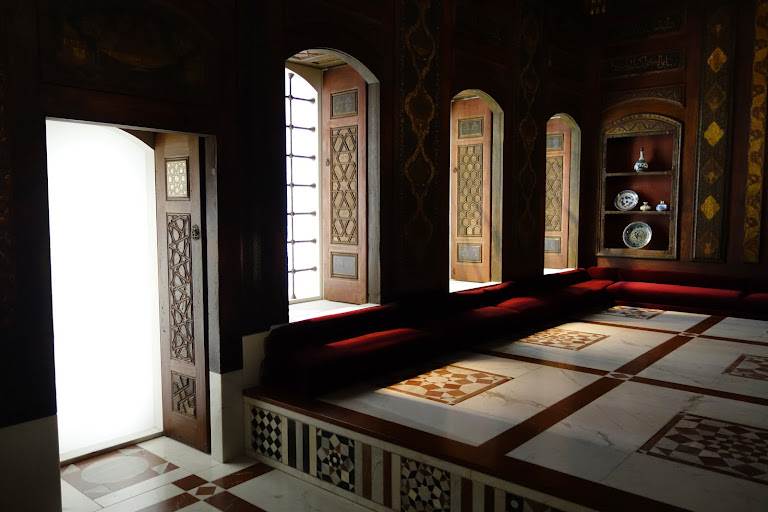 There was a minor episode which reinforced a few stereotypes of American people. I was standing before a large painting of the siege of Gibraltar when I had the following conversation with a woman and the small boy she was with.

Boy: What's that?
Woman: It's the siege of Gibraltar.
Boy: Where's Gibraltar?
Woman: I don't know...
Me: It's just to the south of Spain.
Woman: How do you know that?

Obviously at this point various responses occurred to me, "I have an education/basic grasp of geography/not an American" etc, but it's difficult to be rude to a perfectly nice person whose conversation you just intruded into, so I settled on "Because I'm British" which was apparently deemed to be sufficient explanation. After a little more discussion, the small boy asked me if I liked the British. 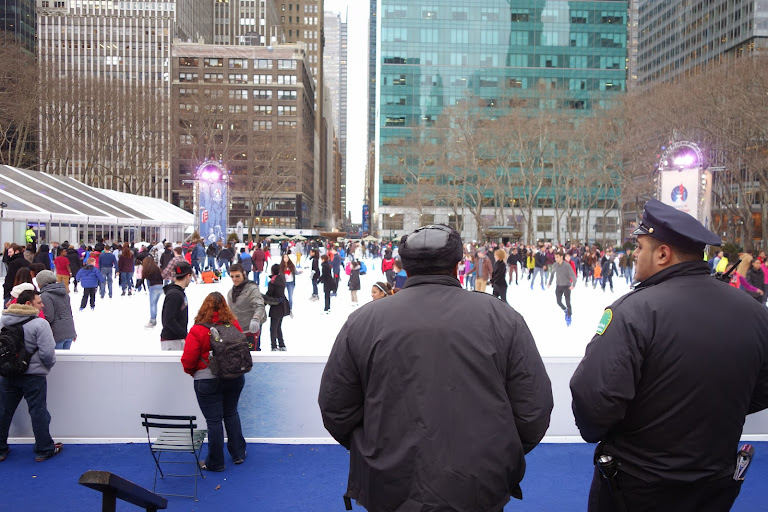 I decided to actually live it up a bit in the big city and went to a club on Friday, which started out fantastically with a live reggae band in the basement, but they were only on for another half hour or so after I arrived. The club was divided in to three floors, with someone DJing some fairly approachable house in the basement, some commercial dance/hip-hop on the first floor, and a massive ballroom on the top floor which housed the main event, which was dubstep or something similar. Now, I fucking hate dubstep, or anything similar, but it appeared that the vast majority of the people in the club were there for exactly that. I could have stuck around for quite a while in the basement were it not for the fact that the floor was almost completely empty most of the time, so I ended up leaving at before 1am, which I view as a shameful time to leave a club. Unfortunately I don't think I can carry a floor on my own and I wasn't going to go and listen to some shit music with a bunch of barely post-pubescent ravers. 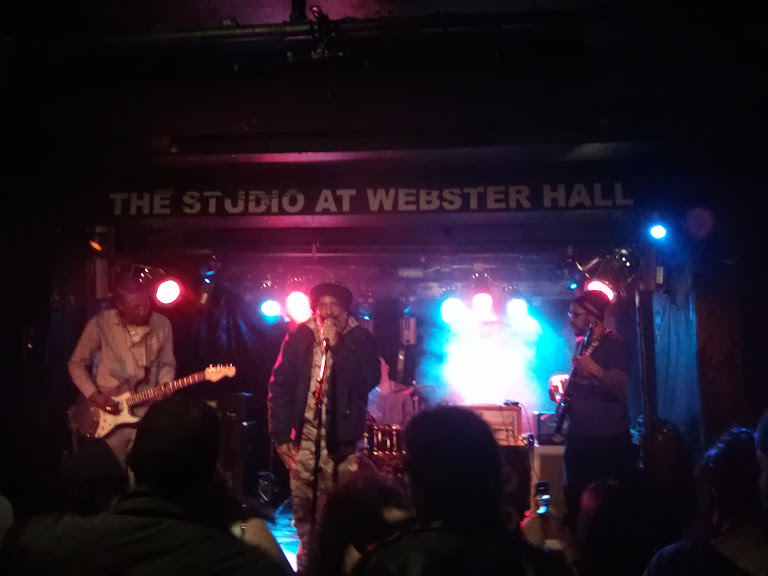 I crossed the Brooklyn bridge today, and to get into the spirit of things I listened to the Beastie Boys' "No Sleep Til Brooklyn" as I walked over. It was only a fifteen minute walk so obeying that particular injunction was not too arduous. Brooklyn seemed pretty nice, anyway. As I was walking the streets, and sitting in cafes and restaurants, I kept accidentally eavesdropping on people's dates. I amused myself trying to work out what stage the relationship was at, although apparently I'm terrible at it. I had pegged a couple sitting at the next table as a definite first date based on the formal body language, awkward silences, and terrible menu-based small talk, but then they started discussing how they were going to furnish the apartment they were about to move in to together. 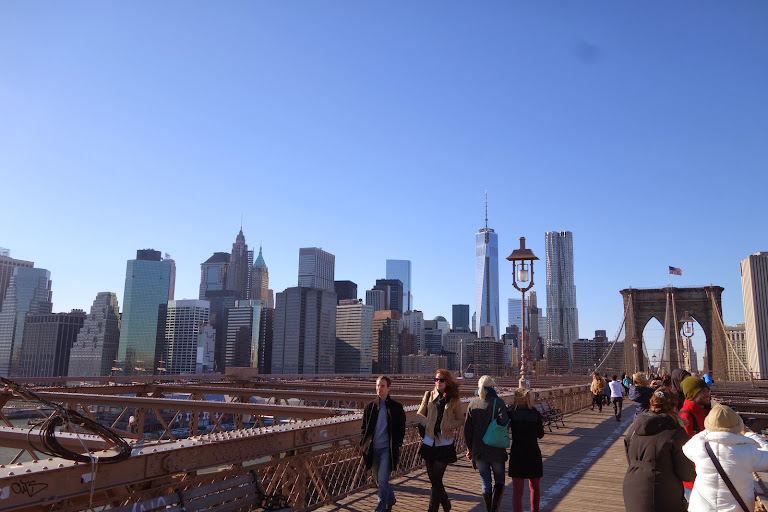 This is my final blog post from foreign lands, as I am getting on a plane back to London tomorrow evening. However, if you care, there's still more to come - I'll be uploading the rest of New York pictures when I have an internet connection that can handle it, and when I have a computer that can handle it I will be editing together a couple of videographic entertainments that I think you'll enjoy. 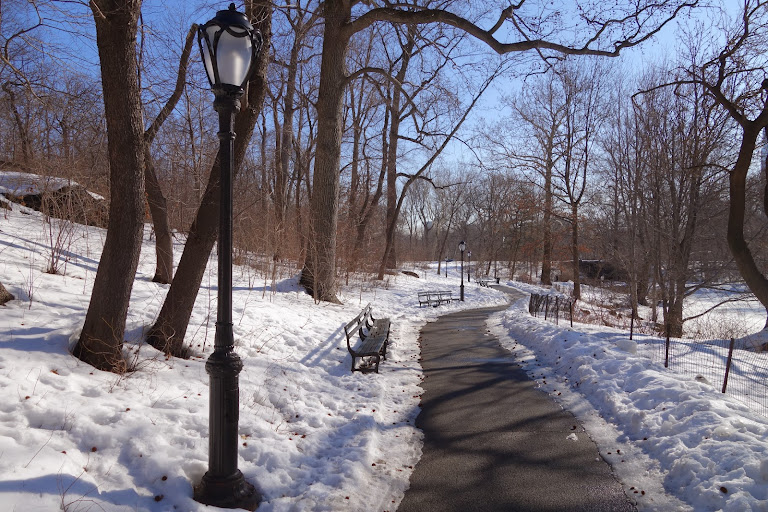 One of the interesting challenges of driving around North America is finding a good radio station to listen to. Due to the size of the countries involved, there are no national radio stations that are always available - instead, every few hours it becomes necessary to hunt through the airwaves for a new source of tunes after static overwhelms my previous choice. One of the more surreal experiences was when I tuned in to Redwoods Public Radio in northern California. I caught the tail-end of an interview, in which it become clear that the presenter was quite a young woman of not particularly great experience in radio, which was followed by a plug for the "Straight Talk About God" show being broadcast later, then a reminder about a local Planned Parenthood fundraiser, followed by a segue into some kind of cosmic, ambient dubstep track. It was weird.

You get the occasional surprise as well, such as when I was driving through middle-of-nowhere rural Canada and suddenly tuned in to the local hip-hop station.

So, anyway - Canada. After a few days wandering around the parks, museums, and streets of Vancouver, I took a ferry across to Vancouver Island, and the B.C. provincial capital, Victoria. The ferry ride itself was pretty cool, navigating through a clutch of smaller islands off the coast. 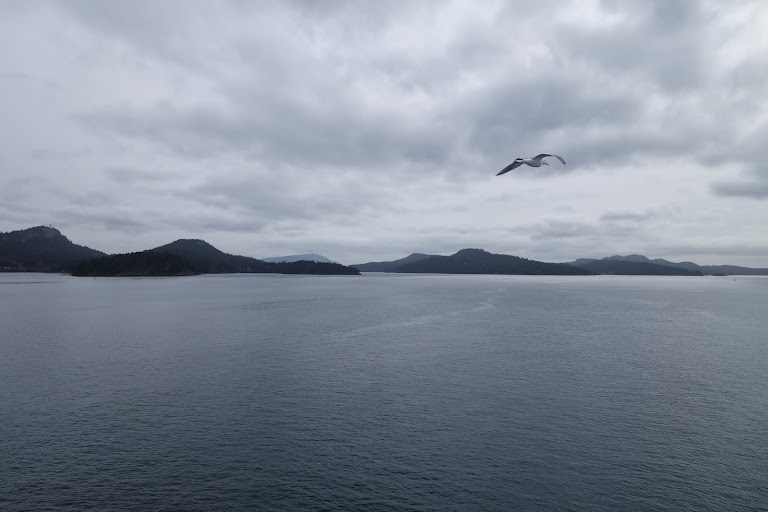 I drove around a bit, walking through various forest parks and along the rugged west coast. Vancouver Island seems to have a terrible tendency to steal the names of more famous places. For instance, this is "Botany Bay": 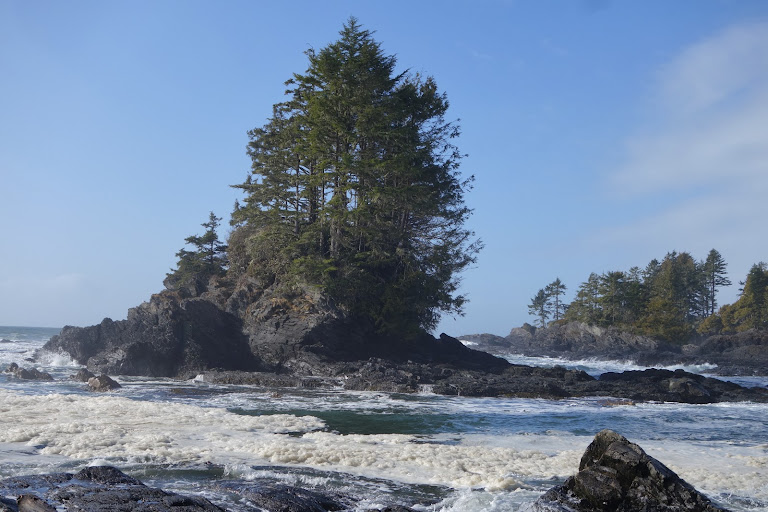 And this is "Niagara Falls": 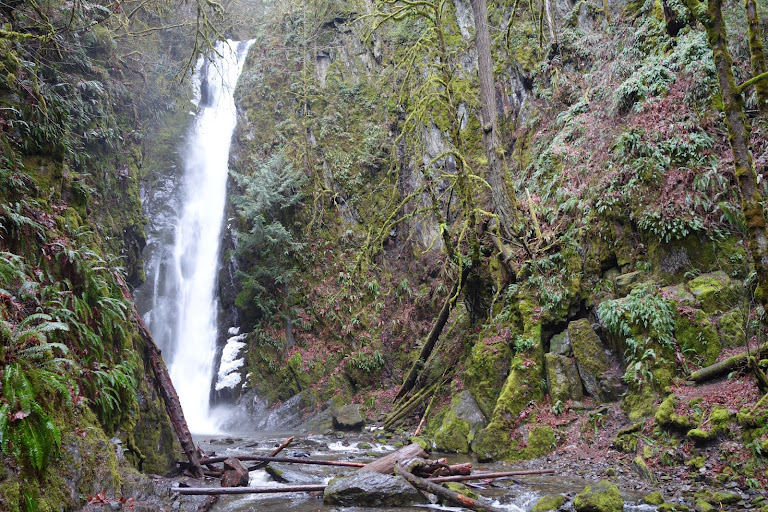 After driving up the west coast of the island, I drove across the middle to Nanaimo to get the ferry back to Vancouver. Whilst I was there I spent a day on Newcastle Island, a designated park only accessible by boat, although you could probably swim there fairly easily if the water was warmer. It seemed to be pretty much abandoned in winter - the regular ferry service was stopped, and you had to ask the ferry going to the other, more inhabited island to make an extra stop and then come back and pick you up again at a prearranged time. This was nice, however, as as far as I could tell I pretty much had the entire island to myself.

The weather seems to be much milder out on the islands than on the mainland, so I spent a pleasant few hours walking around the island and listening to podcasts. It was good. 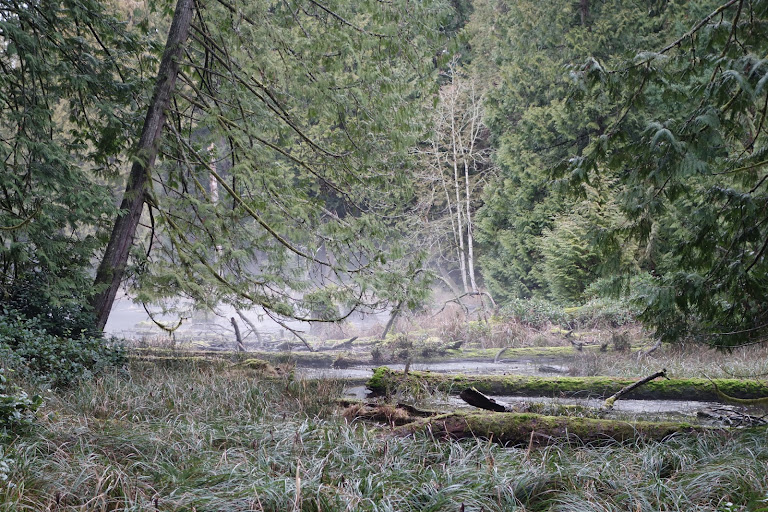 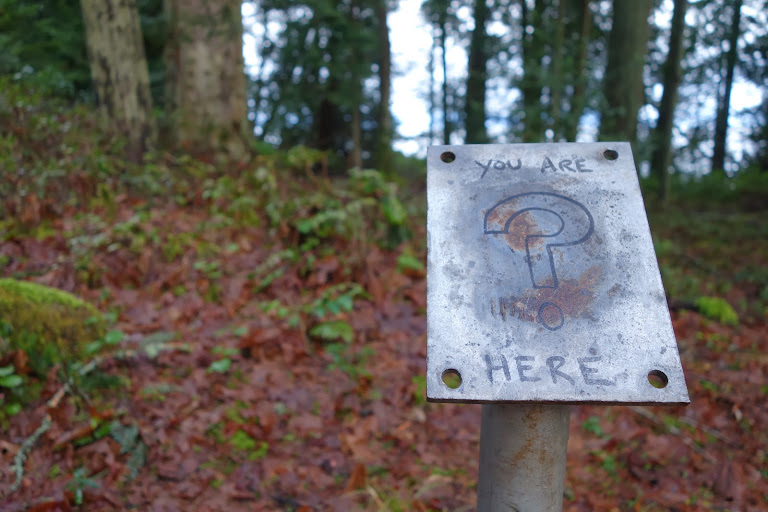 I got back to Vancouver on Friday evening, and tomorrow morning I'm going to be heading back to Seattle for a bit before my flight to New York on Wednesday. As a parting message, I would just like to say that, even if the city of Vancouver does allocate special lanes for it, I still don't think it's a good idea to try and ride your bike like this: 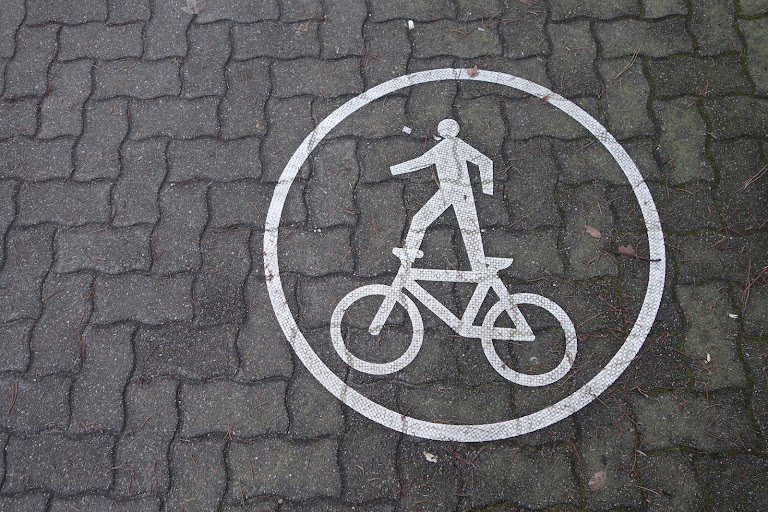 I am now in the land of poutine and maple syrup, although not in a part of it that is particularly known for either. Yes, I am in Vancouver, B.C., where the weather continues pretty cold, which is a pity, as Vancouver has some beautiful beaches and a fantastic forest park that I imagine must be lovely to stroll through on a warm, sunny day.

I'll give a fuller description of my time in Canada once I've spent more time here, but I feel I gave Portland and Seattle short shrift in my last post, so I will attempt to rectify that now. Unfortunately, I was too busy having fun in Portland to take very many pictures - in fact I only took one: 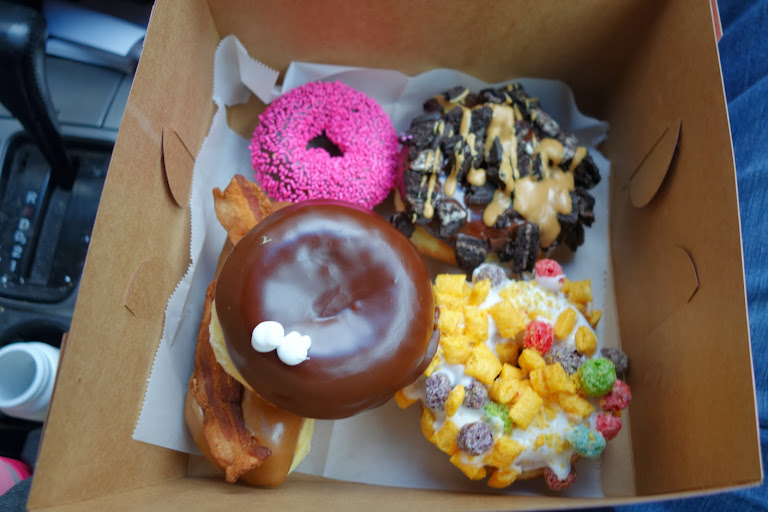 And even on that one I managed to fuck up the depth of field. So it goes.

Seattle was a pretty nice place, though. I was staying in the neighbourhoud of Fremont, which seems to be a bit of a hip, artsy area. They've got some nice sculptures, including a rocket, Lenin, and, under a bridge, a troll devouring a VW Beetle. 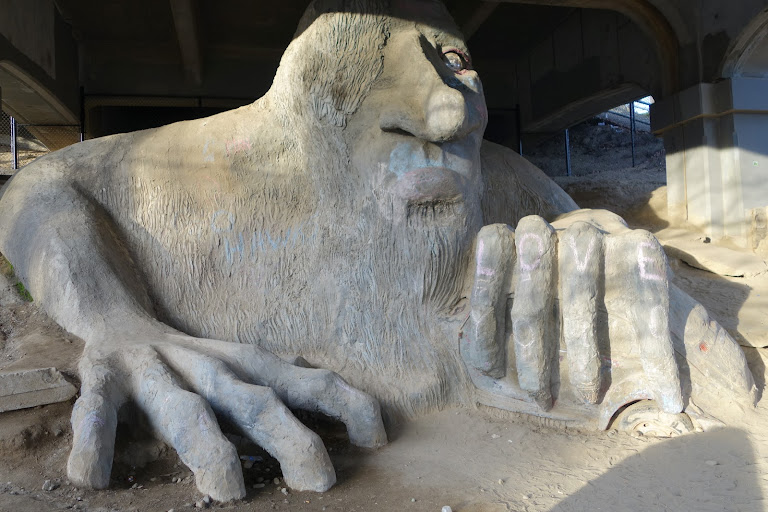 Seattle also has a highly enjoyable pop culture museum, covering SF, fantasy, and music - I had a bit of nerdy fun looking at props from famous movies, including the sword of Inigo Montoya(!). 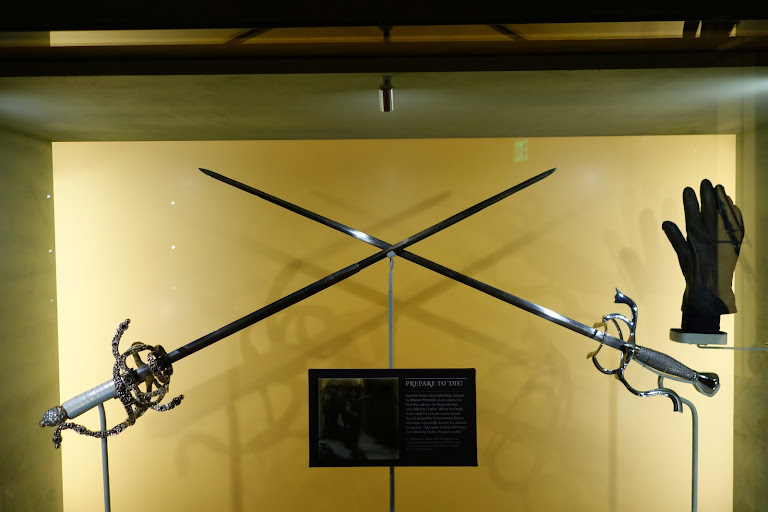 Oh, and an exhibition of tall buildings from around the world constructed out of Lego.

In general, Seattle and Portland share a feeling of catering to fairly niche tastes. By that I don't mean that they have limited appeal, I mean that there is something or someone there for every possible interest. Phil described Portland as a place that was very big on locally produced products, and as a place that had someone producing virtually everything you could want. Also big on taxidermy, apparently.

People up here seem to take things to extremes - witness the doughnuts photographed above. In Seattle I visited a place that was really invested in cupcakes, and a "tea bar" that was probably way more obssessive about tea than any English person ever has been. It's nice though - I like seeing people who are passionate about things, even if those things are kind of weird. 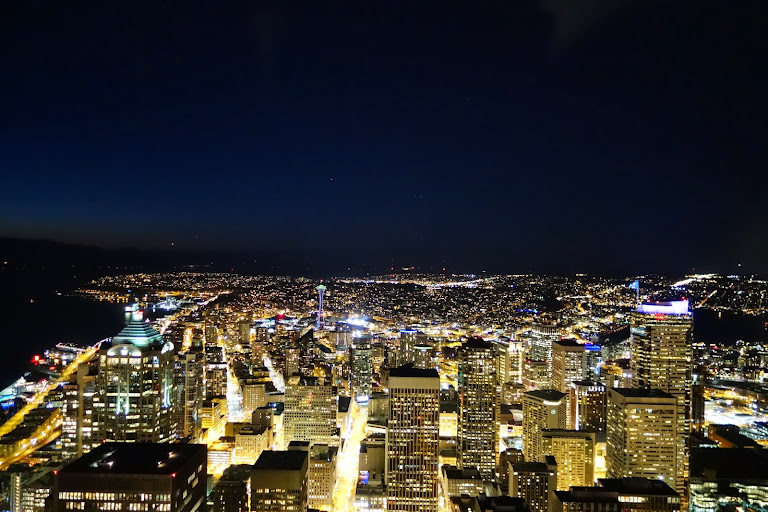