So, it's been a while. Largely due to my not having had particularly reliable internet where I've been staying, but also because I just haven't gotten around to it.

My week in Laos ended up being a bit of a holiday from my holiday, really. I skipped over doing any of the big eco tours in the national parks in favour of, firstly, cycling around Luang Prabang and relaxing in cafes, and, secondly, cycling around Si Phan Don and relaxing in a hammock. I bussed pretty much straight down from LP, with a night and a day's break in Vientiane, the capital, all the way to Si Phan Don, the 4000 Islands, near the Cambodian border. I don't think there's actually four thousand of them, but there are beautiful views of the Mekong and not much to do other than sit back, eat good food, and read good books. My plans had initially been to travel onwards to Cambodia from there on Monday, but I decided that I didn't really want to spend my birthday on a bus. Instead, I spent it lying in my hammock, eating Oreos, and watching the Before... trilogy, because apparently I have a vagina. 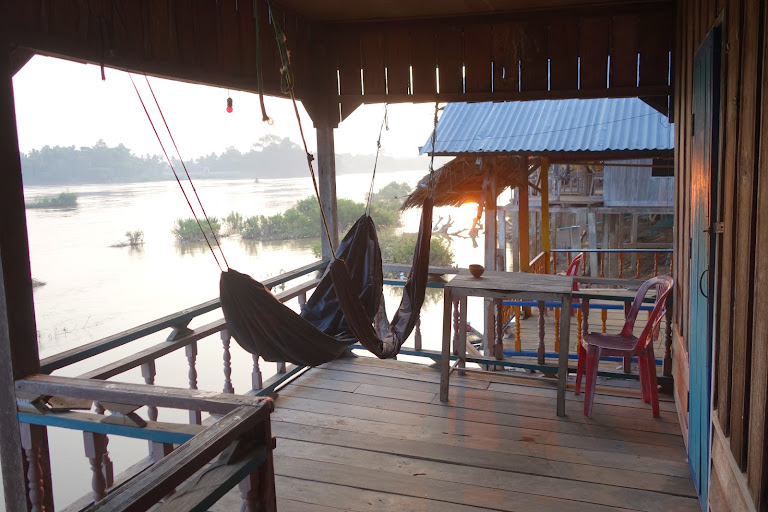 You may notice that I've been taking particular interest in sunrises and sunsets over the Mekong. The sunset photos in my Vientiane album are, I think, particularly of note, because at Vientiane the Mekong is actually the border with Thailand. This means that I was sitting in Laos and watching the sun set in Thailand, which I think is kind of cool. I'm currently in Phnom Penh, and I have noted with disappointment that the sun sets in the opposite direction to the Mekiong. On Don Det, the particular one of the 4000 islands on which I was staying, I could of course watch the sun both rise and set over the Mekong - I just had to go to a different side of the island. 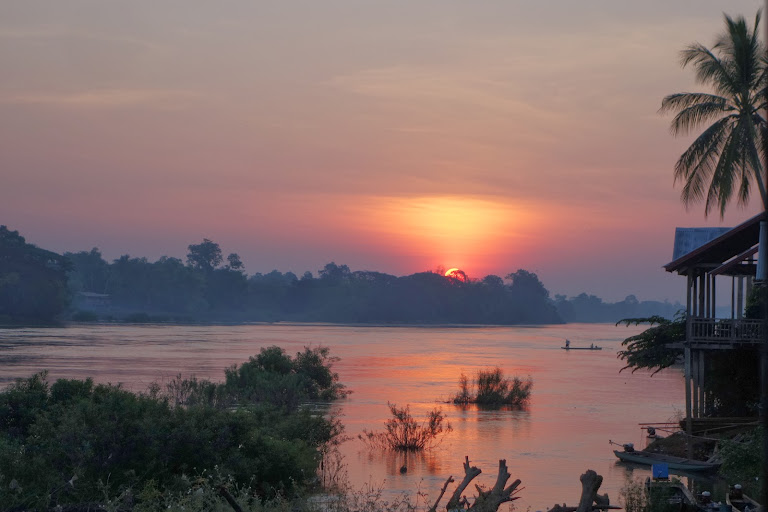 I'm currently sitting in the Foreign Correspondents Club restaurant in Phnom Penh, where I'm pretending to be somebody's man in Cambodia, despite the fact that I think in this case it's just the name of the place and not actually indicative of any press club affiliation. The wifi is pretty good, however, so I've managed to get caught up on uploading photos. Enjoy. Well, they're pretty boring, let's be honest, but my parents seem to like them.