So, it really has been a while this time. In the intervening period I saw so many goddamn temples, and became an SSI certified Open Water Diver. In slightly more detail, I went to several places in Cambodia, including Angkor, and then headed for Bangkok where I bummed around for a day and subsequently took transport down to Koh Tao and completed a diving course.

I'm heading back to Bangkok now, aka Tokyo's younger, gayer brother. Actually the "gayer" thing is entirely based on the fact that I happened to be standing next to three incredibly camp guys whilst riding the metro, and in fact that comparison to Tokyo is almost entirely based on the fact that the city has a metro. Ok, not entirely - the city centre does have a similar kind of east meets west modernity to it that I haven't seen in the rest of south east Asia but which is definitely reminiscent of Japanese cities. However, one thing Bangkok has that Tokyo doesn't is bitching street food - having just arrived, I walked a couple of blocks from my guesthouse and had a great Pad Thai from a street stall for 60p. 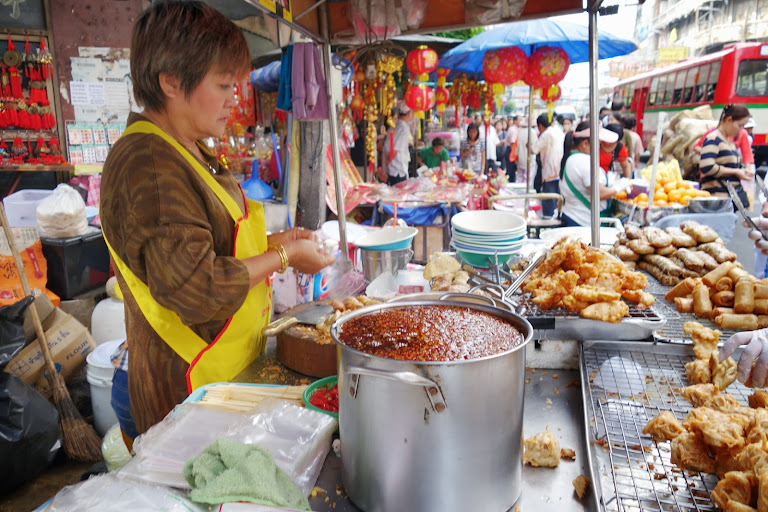 My enjoyment significantly lessened when I decided to do some sightseeing and went over to the Royal District. Partially because it lost its more individual, modern feel, partially because of being surrounded by backpackers, and partially because of all the tuk tuk drivers trying to scam me. I mean, the tuk tuk drivers in other countries are always chancers - they'll always try and overcharge you a bit, or upsell you on their tour, but they never actually lie to you. In contrast, the tuk tuk drivers around the Grand Palace, which has a hard to locate entrance, will look out for lost tourists tell you that it is closed this morning because of "Buddha day", and offer to take you on a tour of some other sights and bring you back in the afternoon. However, this isn't even just trying to get you to pay for a tour - according to the internet, what they actually do is just ferry you between shops with whom they have an arrangement and who will try and hard sell you on worthless crap. The fact that I never, ever take tuk tuk rides means that I was unlikely to fall prey to this, but I really felt quite offended at being lied to right to my face.

Anyway, that unpleasant experience aside, things have generally been pretty good. As mentioned, I learned to dive! This was actually a surprisingly intense experience - I travelled to a beautiful island and I had no time to chill out on the beach or anything because the diving course was pretty much 9 to 5. I did, of course, have time to do some diving, which was awesome fun, and now I am certified to dive with a buddy, without professional supervision. This has slightly changed my thoughts with regards to the rest of my travels as I am now looking up good diving spots in New Zealand and the Cook Islands. 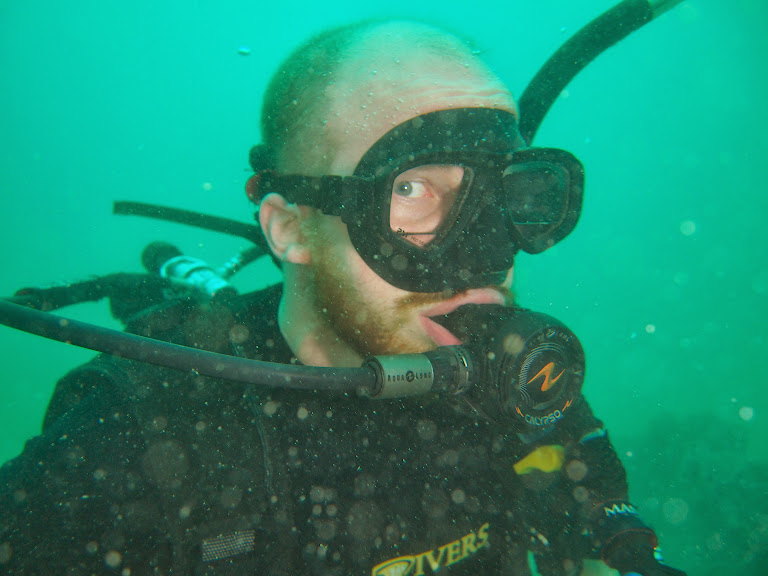 Prior to reaching Thailand, of course, I passed through Cambodia, which is basically famous for two things - Angkor Wat and genocide. I visited the killing fields of Choueng Ek whilst I was in Phnom Penh, which is really quite a chilling experience. You tour the site with an audio guide, and your visit is narrated by a survivor of a Khmer Rouge prison who was lucky enough to escape execution. You may have noticed that I enjoy taking pictures of signs that I find humorous or incongruous. There are signs in the killing fields which seem to have slightly odd tone, but this only makes what they communicate more disturbing. 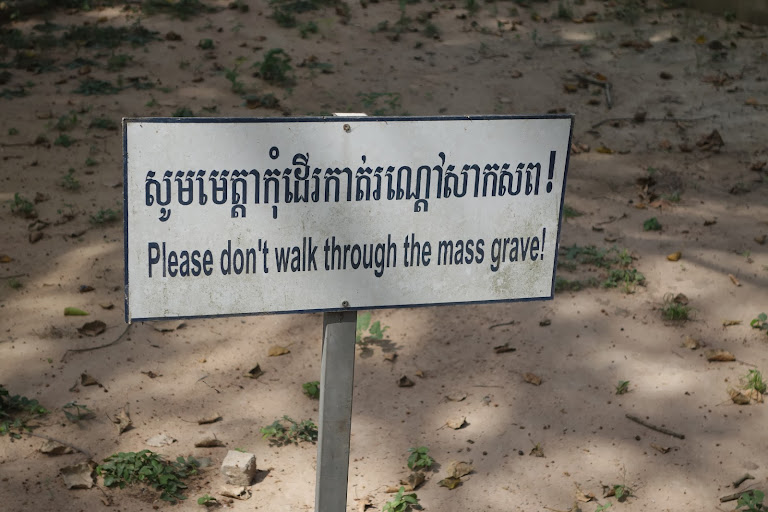 Whilst the killing fields are Cambodia's shame, Angkor is its pride. It's a place where a temple that barely makes it on to the map will be more spectacular than anything you'll see in practically any other given country, and Angkor Wat itself is truly awe-inspiring. Looking around the area is an enjoyable experience in and of itself, as it's possible to travel between pretty much all of the major temples by bicycle, so you can break up walking around beautiful, ancient stone buildings with pleasant bike rides through the countryside. 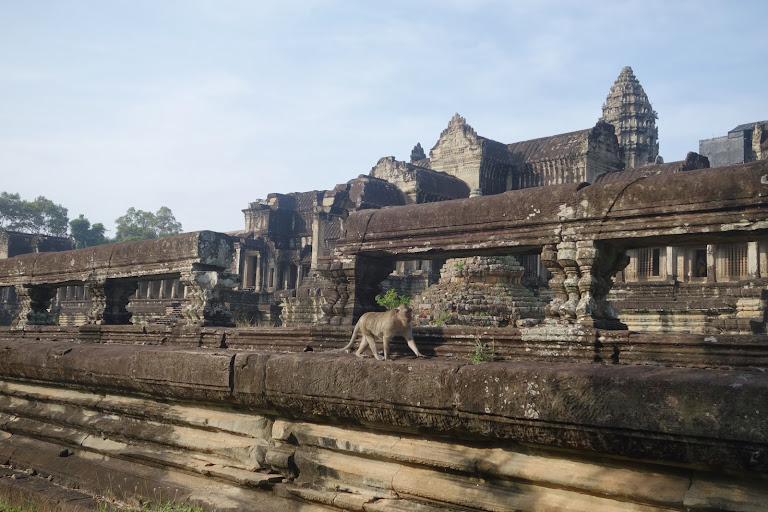 I am vaguely aware that it is almost Christmas. Considering the non-Christian, practically tropical country I'm in at the moment, there isn't much to remind me of it, although I did attend a screening of "Elf" on Koh Tao as a partial concession to the season. The hostel I'm staying at is holding some kind of party on the evening of the 25th, and prior to that I am planning on attending that most festive of exhibitions, a Muay Thai match, so my Christmas should be pretty entertaining.

Mery Christmas to all of you who are reading this. I'll try and write another post in time to wish you a Happy New Year as well.