My time in Luang Prabang has continued to be very agreeable. I rented a bike this morning and cycled 30km out of town to a beautiful stepped waterfall, a big plus of which was that you were allowed to swim in the pools. They even provided changing rooms. This is a key point - swimming being forbidden is a frequent letdown in nature park type places.

I felt pretty badass about cycling all the way out there and back on a single-speed bike with a bright yellow basket on the front. Were I to have my time again, I probably would have taken the option of renting a mountain bike - you know, something with gears to tackle all the hills. However, as mentioned, it did allow me to feel superior to everyone who got there by tuk-tuk or taxi or tour bus, and even the other cyclists who all seemed to have taken the mountain bike option. I was the first cyclist there in the morning and, as far as I could tell from the rack when I left and from the people I saw on the road on the way back, the only one who thought the trip would totally be doable on a city bike.

It did afford me some amusement as I was cycling back and I saw a guy going the other way on a fancy bike with a helmet and lycra and wrap-around shades, and I imagined how he must see me - some guy in shorts and a t-shirt wearing a panama hat and riding a shopper bike. I have to be honest though - I did have to walk it up a couple of hills. I was passed by a couple in a tuk-tuk as I was doing so at one point, but I overtook them again on the way down, desperately clasping my hat to my head to avoid losing it to the wind. 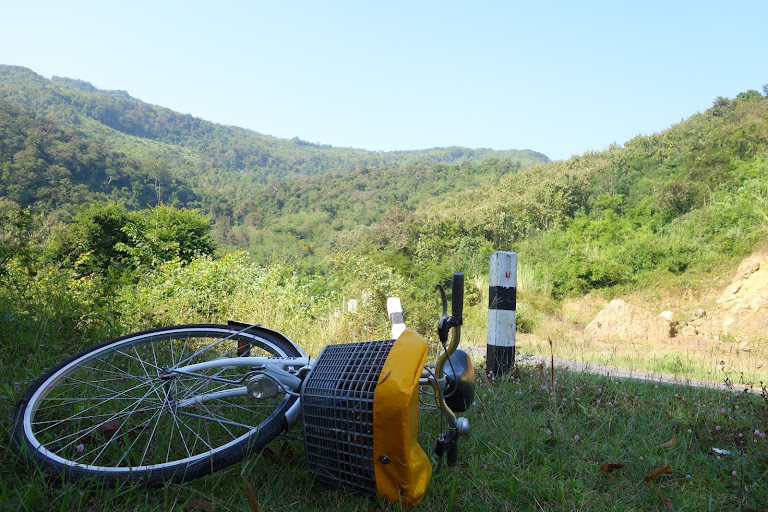