My first week has been spent in the Land of the Rising Sun. I landed in Tokyo on Sunday morning, and spent a few days there, pootling about and taking in the wonders of modern Japan.

Want to know something that's really noticeable about Japan? It is absolutely packed with Japanese tourists. Seriously, any time you feel uncertain about whether you should be taking pictures of a religious ceremony or something, there will be plenty of old Japanese men in baseball caps holding DSLRs with large telescopic lenses attached snapping happily away, or, for the shorter fellows, a handheld video camera on a stick. 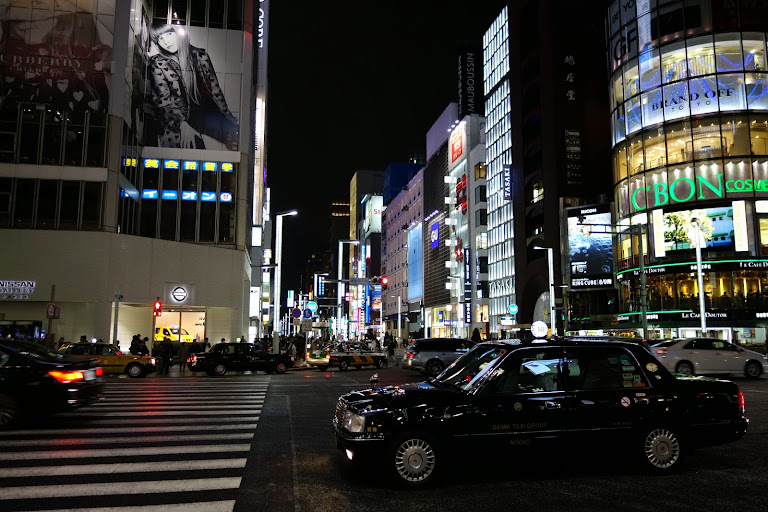 I mean I'm sure you've seen pictures of it before, or you've at least seen Bladerunner. 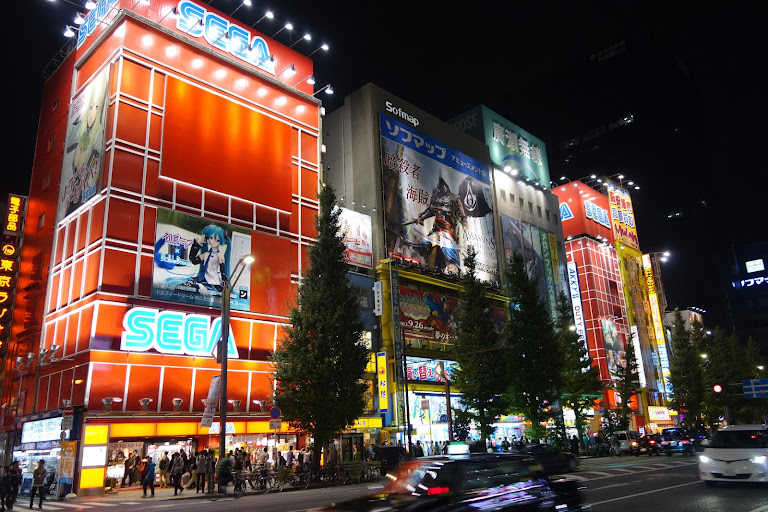 My first couple of days in the capital consisted of historical things in parks during the day (a Shinto shrine on the first, the Tokyo National Museum on the second) and a couple of the more bustling districts in the evening (Akihibara on the first, Ginza and Shinjuku on the second). Akihibara, or Akiba, is known as Electric Town, originally because the markets there sold electrical components (as in transistors etc), but nowadays they are focused more on consumer electronics. It's also the anime/manga nerd district, so there's an awful lot of that kind of thing going on as well. In a kind of creepy way. Cafes where the waitresses are dressed as French maids, or are lookalikes of a 48 person female pop group called AKB48. Interesting, anyway.

After Tokyo I decided to take the train down to view Mt Fuji. I didn't have much hope of climbing it, as at this time of year there is snow on it and it becmes unsuitable for random tourists to just stroll up, but it's nice to look at and there is some attractive countryside surrounding it to hike through. I got a one-way ticket up to a viewing spot in some hills, and then walked around up there for a couple of hours before walking back down again. There is a hiking trail up another mountain in the vicinity that is accessible from there, and I met a guy on his way back as I was walking out, but as has previously happened to me I had left it too late in the day to have a hope of getting there and back before the light faded. So I just wandered around and took lots of photos of trees and shit. 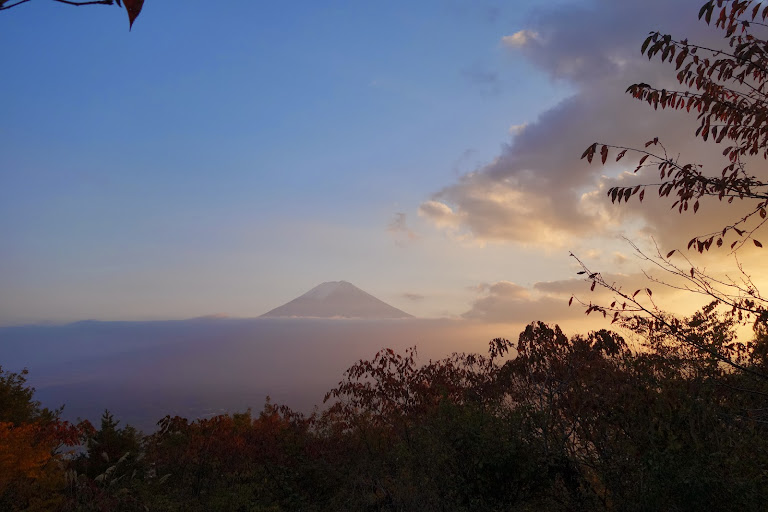 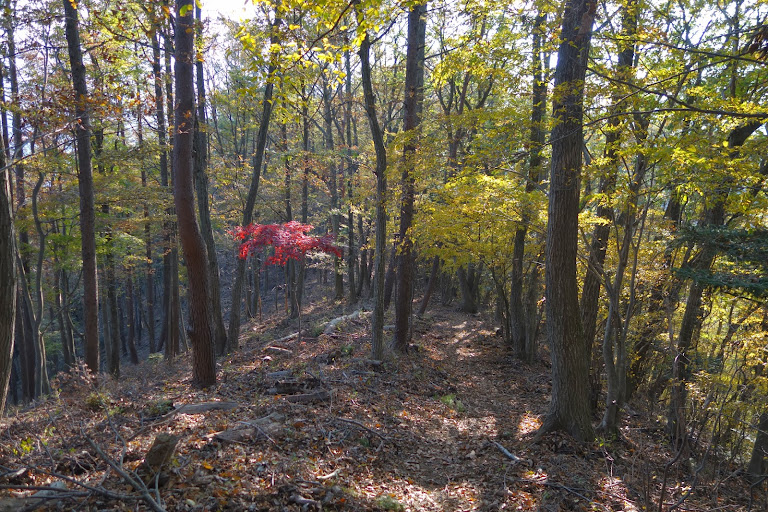 The hostel at Mt Fuji was a convivial place, and I spent the evening chatting with a German girl and a Spanish guy living in Cardiff, who agreed with me that there were far too many Spanish people coming to live in the UK. In a weird series of coincidences, I saw the guy I'd met whilst walking in the hills three more times - once when it turned out he was staying at the same hostel, again when we both happened to go to the same ramen joint for dinner, and subsequently when it turned out that we were in fact sleeping in the same dorm room. Also he was an Englishman from a small country village who'd spent the last four years living in London, working as a software engineer, before deciding to go travelling. Like I say, weird series of coincidences.

My next move was a ride on the shinkansen down to Kyoto, where I arrived late in the day. I took advantage of the lateness of the hour to tour a couple of the traditional nightlife sections of the city - the neighbourhoods of Gion and Ponto-cho. You get a lot of tourists around there in the evening, as it is the best time and place for geisha spotting, although you're not always going to be lucky (I wasn't). Geishas aside, there were some beautiful and very atmospheric streets that looked gorgeous by streetlight. 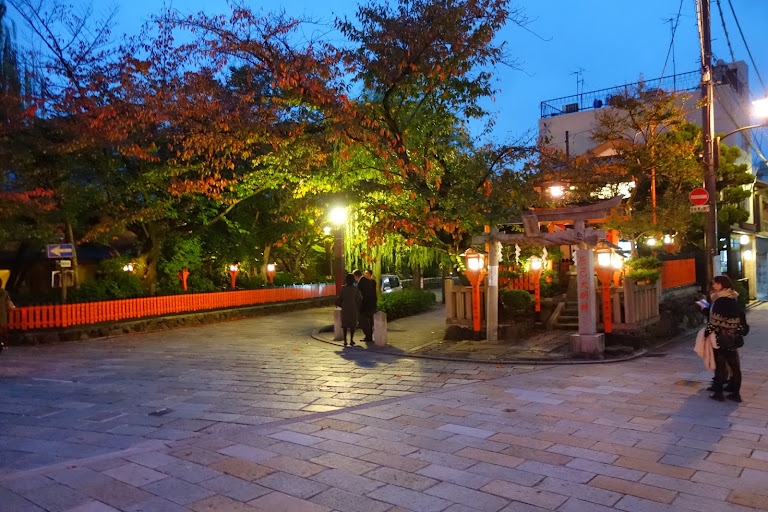 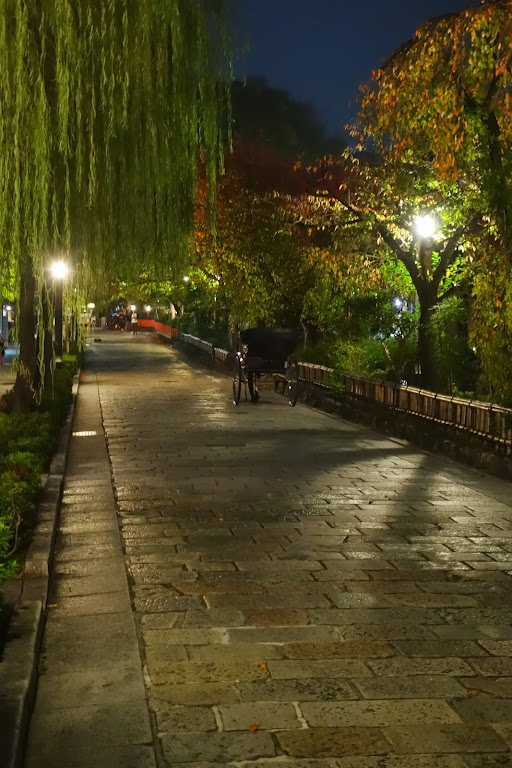 At some point that evening my camera battery ran out, and I felt very smug about the fact that I had a spare on my person. This smugness about my preparedness seemed premature the next day, however, when, after taking the long bus ride from my hostel to the Higashiyama area, making my way towards the first temple in stops and starts, moving between shelter whenever the rain (it was raining) was at its slackest, and taking out my camera to take the first picture of a fabulous shrine, I see the words "NO CARD" flashing on the screen. It seems that, after plugging my SD card into my laptop to back up my picutres the night before, I had forgotten to place it back in to my camera again. So for my massive sightseeing day around temples and gardens and picturesque neighbourhoods, I was forced to fall back to my phone camera, with its shitty dynamic range, terrible low light performance and really just terrible performance generally. Oh well. 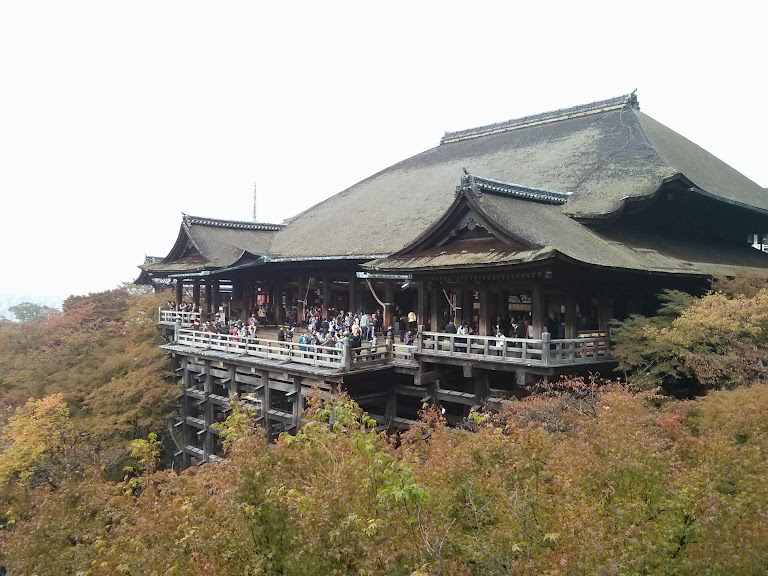 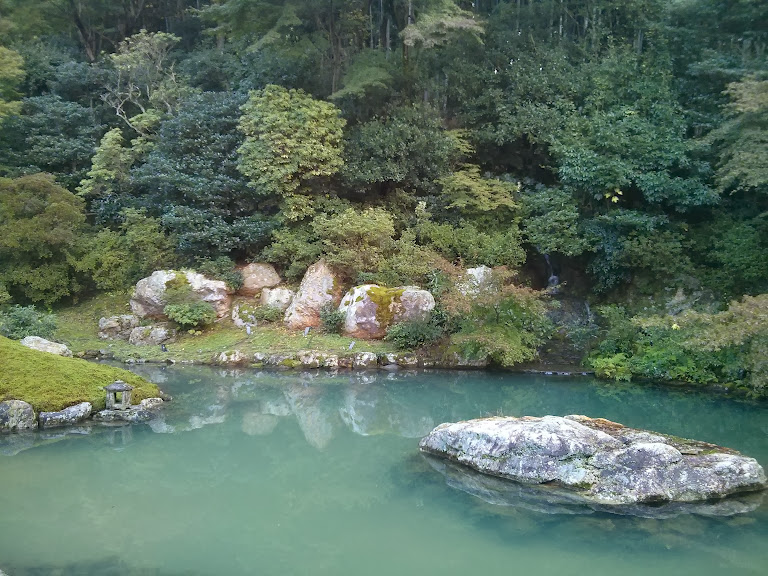 In Kyoto I also had my first experience of getting butt naked with a bunch of old Japanese men. By this I of course mean that I went to a public bathhouse, where I had a very relaxing soak in their hot tub, and a slightly less relaxing, brief splash in their cold tub. After unwinding at the baths, I went to an okonomiyaki joint for dinner, where they serve what is basically a kind of omelette. I sat up at the bar, where the chef cooked the meal on a hot plate in front of me, then served it on another heated metal surface that ran around the counter. The eating implements I was given consisted of a stubby metal spatula and a pair of chopsticks - I decided that an appropriate way to employ these tools would be to use the spatula to cut the okonomi into bite sized pieces, which I would then eat with the chopsticks. After a short while, this attracted the attention of an older Japanese man seated along the counter from me, who informed me that the usual way was to use the spatula as a spoon as well as as a knife, and not to bother with the chopsticks. He related my attempt to use chopsticks to the chef when he returned, and jointly they assured me that using the spatula to scoop up each mouthful was 'Kansai-style' and was perfectly ok. 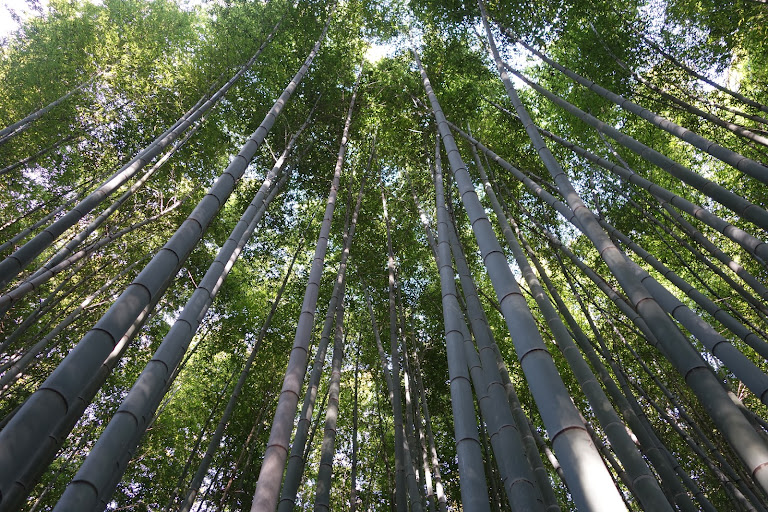 My next two days were spent on day trips to Arashiyama and Nara, where I currently am, sitting in a pleasant little ryokan having just enjoyed a recital by a koto player and two flautists. If you look through all of the photo albums that I have linked at the end of this post, you will probably start to feel much as I do at the moment, which is pretty much done with temples and gardens. They are fantastic, and particularly with the gardens there is always something new, but at this point I am ready for something else. Probably finding a good onsen town and spending some more time completely naked with old Japanese men. 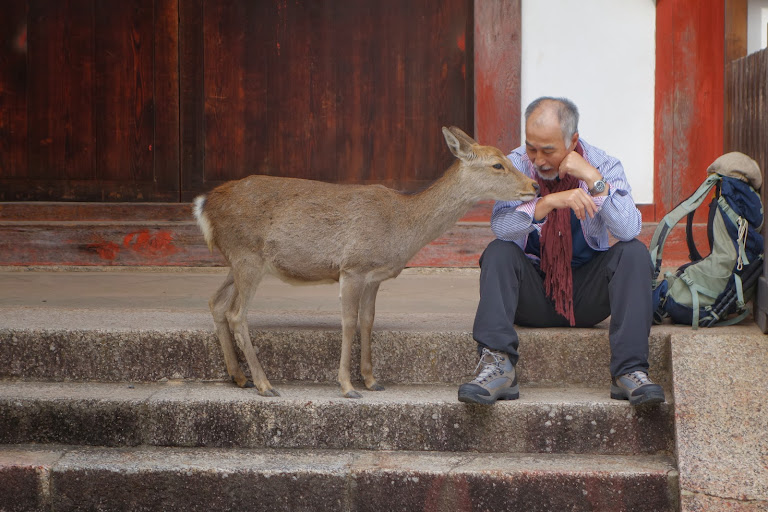 These are only sparsely edited, so beware: you may keep seeing the same thing from multiple angles or with different exposures, or just get bored because there's a whole load of photos and very little context.